Treat us with love, compassion and respect

These guys don’t have access to services. They get turned away from the clinic; they get told ‘Go take a shower first.’
Andries Swarts

That life was a 14-year heroin habit, homelessness and a daily existence of fear, anxiety and depression.

Andries reached out to peer educators from the StepUp4 project who offer mobile health services and a harm-reduction programme to drug users in inner-city Pretoria. Says Andries, “I was so surprised when they treated me with love, warmth and empathy. I was so used to being harassed, abused and judged by everyone I met. It gave me a spark of hope that pushed me through.” 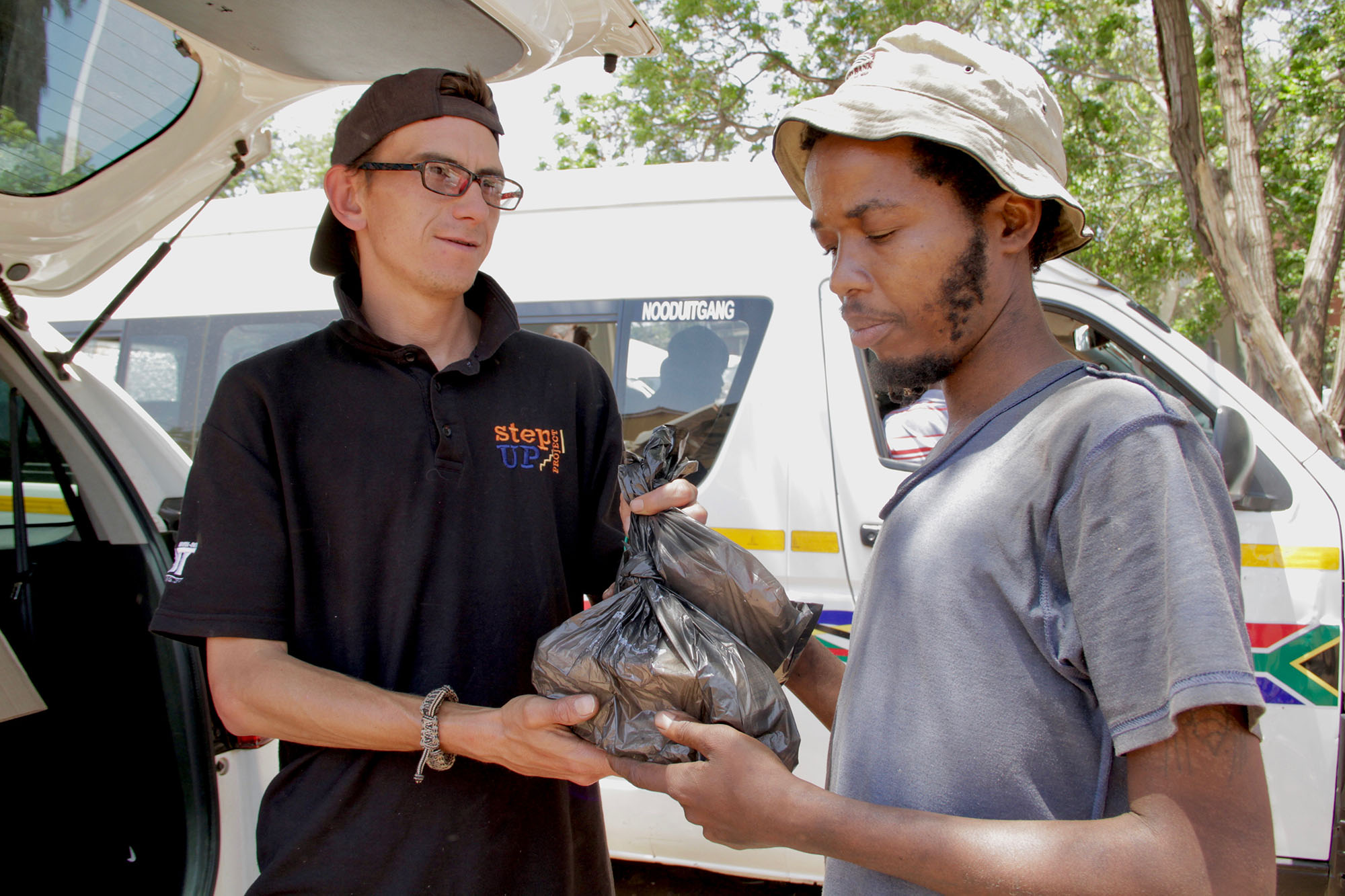 Almost two years later, after a stint in rehab organized by StepUp, Andries is a peer-educator himself. He visits drug users on a weekly basis. “I build relationships with them and take an interest in them as people. No one can understand better than me what they are going through,” he says.

From their outreach van, StepUp offers HIV counselling and testing, initiation onto HIV treatment for users who test HIV positive and adherence counselling. StepUp also provides clean needles, equipment and water as part of their harm-reduction programme, and hepatitis B and C testing. A handful of clients are on opioid substitution therapy, but it is expensive and not widely available in South Africa.

Says Andries, “These guys don’t have access to services. They get turned away from the clinic; they get told ‘Go take a shower first.’ Listen, this guy is already beating himself up about how he smells, believe me, there is no need for you to tell him that. That’s why mobile services are essential.”

Andries says adherence to antiretroviral therapy is higher than expected among the HIV-positive drug users he sees. “People immediately assume they don’t want to live. That’s not true. They are just trapped in this life and can’t find a way out. So they adhere to their treatment. I’m lucky I’m HIV-negative. I shared so many needles with guys who I knew were HIV positive. But at that time, before StepUp came along, I didn’t even know you could transmit HIV through sharing needles. I thought it was just sex,” he says.

Although Andries has hepatitis C, he manages it with a healthy lifestyle; access to treatment is limited because of patent, registration and cost barriers. He believes this is an area that needs more advocacy—much like HIV activism decades ago.
He says government needs to do more: “They should invest less money on arresting users and put that money into programmes and policies to get them off the streets.”

4. StepUp is the first project of its kind in South Africa to provide multi-site HIV prevention services to people who use drugs. The demonstration project is funded by CDC/PEPFAR, UNODC, Ministry of Foreign Affairs of the Netherlands/Mainline.

More in this category: « Taking it a day at a time Leave no one behind. Eliminate laws that discriminate. »
back to top