Taking it a day at a time

Things are changing. People are trying to get hope. StepUp came here and everyone else climbed on board. There’s not so many users dying anymore.
Marko Bekker

Marko is a busy man. Every weekday he wakes up before sunrise and makes his way to his job as a peer educator at the StepUp project in central Pretoria. He and his team implement StepUp’s harm reduction and mobile HIV and health services project. He spends much of his day searching the streets for people who use drugs. He collects their used needles and exchanges them for new ones and makes sure people have a supply of clean water. He also offers HIV testing, treatment and adherence counselling for people who inject drugs. Mostly, though, he gives advice and encouragement to a community he understands and cares for very deeply.

Marko was introduced to marijuana when he was 14. By the time he was 17 he had graduated to using mandrax, got his girlfriend pregnant and was forced to leave school. Then it was crack cocaine and a six-year stint in prison after an ill-fated crime spree and eventually heroin—“the Big One”—and a slippery slope into six years on the streets. 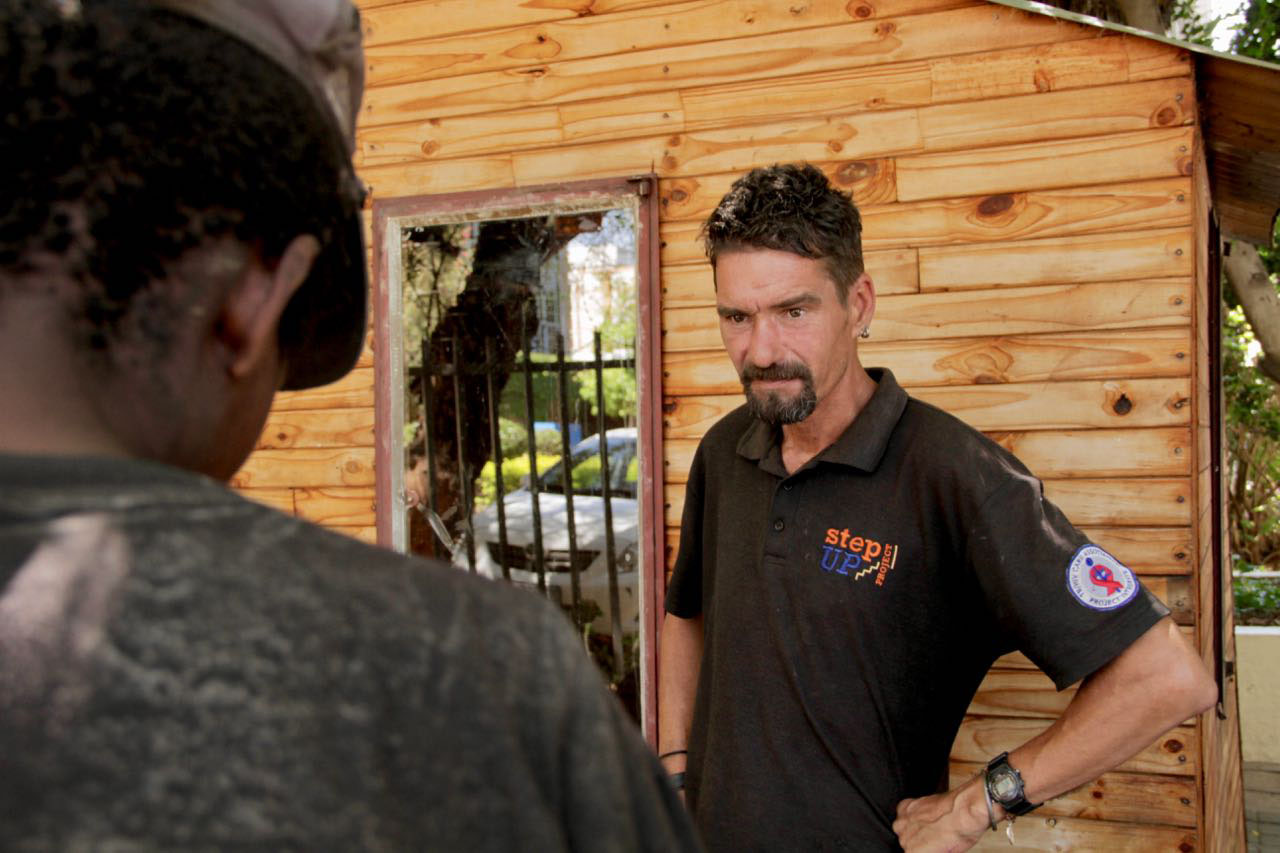 His recovery is ongoing. He has only been clean for eight months and wrestles daily with the demons that took him down that terrible path. He says he stays busy to fight off the urge to use again. He was inspired to take the recovery route by his friend Andries Swarts, who was once also on the street. Marko describes Andries as “the most successful of us all”. Andries cleaned up his act three years ago and has stayed that way since.

If Marko was to bear testament to any life-changing moment it would the one when he discovered he was HIV positive. He says he knew then that he had to give up his habit and go onto HIV treatment or face almost certain death. “I didn’t want to die,” he says.

Marko’s opioid substitution therapy is sponsored by the Community Oriented Substance Use Project (COSUP), which is run by the Department of Family Medicine at the University of Pretoria. He had been told that a heroin habit was virtually impossible to kick. “When the opportunity came I took it with both hands,” says Marko. “I saw too many guys die on the street and I didn’t want to be one of them.”

“I motivate users to get treatment and stay on it,“ says Marko. “There’s always hope. There’s always a chance to get off the street.”

Marko says it may sound odd when he says he is grateful for what he has been through—even the positive diagnosis for HIV that jolted him into the here and now. He says physically he feels much better than he has in years. “The ARVs really help. The negative is that I have HIV,” he says,“but the positive is that my life is much better than it was. I’m working with people I care about. For the first time in my life I’m doing a job I like.”

“I’m changing lives and saving lives,” Marko says. “I’ve convinced many guys to start taking ARVs. When I explain my story and how it changed me, people are willing to sit and wait at the clinic. They decide to go for it. HIV can be beaten and so can heroin.”

More in this category: « How often do you use condoms? Here’s why it should be every time. Treat us with love, compassion and respect »
back to top