“Maybe I am the lucky one” 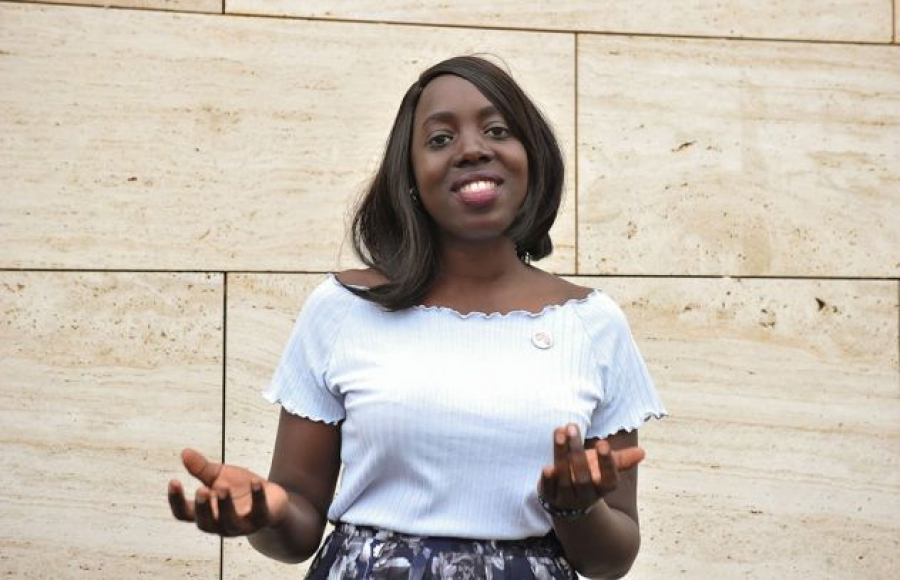 A spontaneous HIV test that yielded a positive result changed Martha Clara Nakato’s life forever. When Ms Nakato, who lives in Uganda, found out she was living with HIV, she was 14 years old and had never had sex.

“I accompanied my twin brother only to support him to take up the test. I didn’t know taking one too would change my life forever,” she says as she recalls her shock and confusion at her result.

Ms Nakato soon discovered from her father that she was born with HIV. She is the only one of her eight siblings who contracted HIV from her mother. She lost her mother to AIDS-related illnesses when she was just five years old.

“I don't know why this had to happen to me. Maybe I was the lucky one; maybe there was a purpose meant for me. When I look back, I now know the only way you can find your purpose in life is to think about that one thing that hurt you the most,” Ms Nakato says.

Ms Nakato has transformed her pain to power and works as a human rights defender and HIV advocate with the Uganda Network of Young People Living with HIV/AIDS (UNYPA).

In 2019, she was recognized as one of the Global Fund to Fight AIDS, Tuberculosis and Malaria’s five faces that championed the worldwide sixth replenishment campaign.

“I do a lot of mentorship and motivational speaking,” says Ms Nakato, who uses her own story to demonstrate how adherence to HIV treatment can help people living with HIV live a full and healthy life.

Much of Ms Nakato’s advocacy and mentorship involves interacting with young people in their communities with in-person dialogue. Following the COVID-19 outbreak, she had to rethink how to reach young people while adhering to the social distancing measures that followed because of the pandemic.

“Most of those engagements that involved face-to-face were not able to happen. Looking at young people in the rural areas who don’t have access to the Internet or a smartphone, we really had challenges reaching out to them,” Ms Nakato says.

However, Ms Nakato and her team realized the importance of reaching out to young people on social media platforms, such as Facebook, to get her message across.

UNAIDS provides financial and technical support to the annual Y+ beauty pageant and youth summit, events that are organized by UNYPA. The pageant crowns a Mr and Miss Y+, encouraging young people living with HIV to come together, celebrate their beauty and address HIV-related stigma and discrimination.

During the COVID-19 outbreak, UNAIDS ensured that community-based organizations such as UNYPA had access to national platforms—for instance, the national COVID-19 national secretariat—so that organizations could engage in dialogue with the government and thereby provide better relief and food support to communities in need.

Ms Nakato was born in 1996, a time when HIV treatment was inaccessible in Uganda. In that year alone, 34 000 children between the ages of 0 and 14 years acquired HIV.

Today, 95% of women living with HIV in Uganda have access to services to prevent vertical (mother-to-child) transmission of HIV. There has been a significant drop in vertical transmission and the country has achieved an 86% reduction in HIV infections among children since 2009.

“I don’t want to give birth to a child who is HIV-positive or see any other young woman do so. We now have the power to prevent this from happening, not like many people in the past who didn’t have that chance,” she says.

As an AIDS activist, Ms Nakato has plans for herself and society, hoping to see an AIDS-free world. She stresses the importance of adhering to HIV treatment to help make that a reality.

“One thing I know is that I am the proof of treatment. I am proof of what self-love is,” she says.

More in this category: « Challenge the stigma, pursue your right to health
back to top