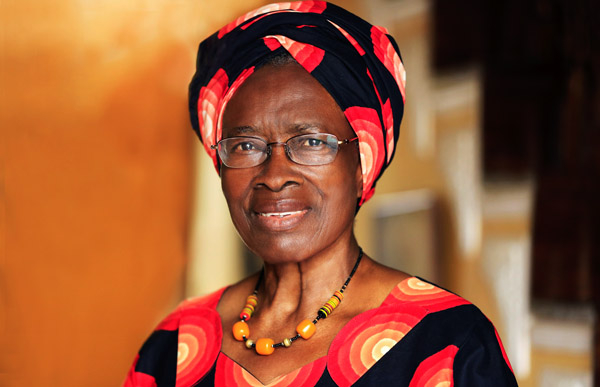 My community has been at the centre of my work all my life. So, it was a great joy to me when the Joint United Nations Programme on HIV/Aids (UNAIDS) identified community-led interventions as key to a successful pandemic response.

If we have healthy people in our homes and promote well-being in our communities, we will need fewer health facilities than the current demand implies. This has been true of the HIV response for the past 30 years and is the case for a new and unexpected global health crisis — the COVID-19 pandemic.

Great progress had been made in the HIV response in eastern and southern Africa during the past decade. Globally, of the 14 countries to have reached the UNAIDS 90–90–90 treatment targets six months early, six are in this region: Botswana, Namibia, Rwanda, Uganda, Zambia and Zimbabwe. And Eswatini has already reached the 95–95–95 targets, five years ahead of time.

But COVID-19 has brought additional problems to the region.

The UNAIDS’ World AIDS Day Report 2020, Prevailing against pandemics by putting people at the centre shows a general drop in testing for HIV across the region and a decline in HIV treatment in countries such as Sierra Leone and South Africa.

Furthermore, there have been disruptions to efforts to diagnose new HIV infections and to initiate treatment when required, including testing and treating pregnant women. Also, our successes have been undermined by inequality in gender, human rights and financing, that pushed the achievement of our fast-track goals out of reach.

Regarding gender, the promise of the 1995 Beijing Conference to women and girls in the region remains a promise unkept.

Young women between the ages of 15 and 24 accounted for one in four new HIV infections in sub-Saharan Africa in 2019. That is 4 500 girls and young women being infected in a week. Nearly one in three women worldwide has experienced either physical or sexual violence by an intimate partner, a non-partner sexual violence, or both, in their lifetime.

Between 2013 and 2019, 35% of girls in sub-Saharan Africa were married before the age of 18. Child, early and forced marriages predispose girls to violence and denies them an education—one of the best predictors of health and well-being among women and their children.

In this region, we must put in place truly gender-transformative laws, policies and programmes, otherwise we will continue failing to meet not only targets but much worse—we will fail our children and their future.

It is also clear that the more marginalized, stigmatized and criminalized a person is, the higher their vulnerability to HIV and violence. In eastern and southern Africa, among the stigmatised are people criminalised because at least 13 countries have laws that make same-sex sexual relationships a crime.

Roughly a quarter of new adult HIV infections in 2019 were among key populations and their sexual partners. This includes sex workers and their clients; gay men and other men who have sex with men and their partners; and people who inject drugs and their partners. In eight sub-Saharan countries, nearly one in three transgender women said they had been physically attacked and 28% had been raped. Decriminalizing sex work could avert an estimated 33% to 46% of HIV infections globally over 10 years.

Eastern and southern Africa is the only region in the world where there was an increase in resources last year from the Global Fund to Fight Aids, Tuberculosis and Malaria as well as from the United States President’s Emergency Plan on Aids Relief. Unfortunately, in many countries in the region, external funds account for 80% of costs of national HIV responses. Domestic investment is minuscule and stagnating and must surely increase.

The COVID-19 pandemic compounds inequalities and heightens the vulnerability of people living with HIV. The 2020 World AIDS Day report recognises the importance of communities playing a key role. It notes that a community-focused response starts by tailoring services to reach those who need them most. This calls for comprehensive HIV services, context- specific integration of services and removal of societal and legal impediments to an enabling environment for HIV services.

Our communities are willing to lead. It is time to allow those at the forefront of the epidemic to play an active role in working towards an HIV-free world. We have no choice if we want to succeed.

Miriam Were is a Champion for an AIDS-Free Generation.

More in this category: « Involve young people in decision-making about their lives
back to top