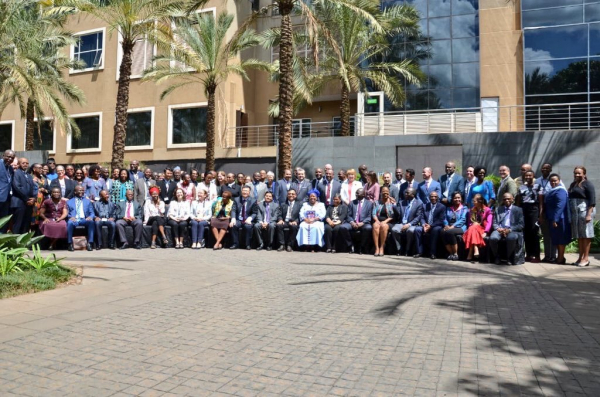 During a National AIDS Council Directors’ meeting held in Nairobi, Kenya, from 7­–9 to May 2019, participants discussed what combination prevention interventions are needed in order to reach zero new HIV infections.

“Our efforts to meet prevention targets face tough resistance from structural barriers and unless those issues, including gender-based violence and access to education are addressed, we will not be having a comprehensive response,” said Catherine Sozi, Director of the Regional Support Team for  Eastern and Southern Africa.

Participants agreed that the efforts towards Ending AIDS evolves with time­: new challenges, new science and data. However, what is common throughout this evolution is that there is no unanimous response to AIDS. For different people, found in different contexts of the world, the challenges and opportunities for prevention, treatment and care are not the same.

UNAIDS Special Ambassador for Adolescents and HIV, Quarraisha Abdool Karim, explained at the meeting that “combination interventions are the prevention and treatment packages that combine various arrays of evidence-based strategies tailored to the needs of diverse subgroups.”

Combination HIV prevention remains one of the critical elements of the AIDS response and the 2020 Fast-Track targets, in order to reduce new HIV infections by 75% by 2020.

During the meeting, Professor Abdool Karim made a case for adolescents and young people, emphasising that the integration of HIV and sexual and reproductive health services makes prevention effective.

This ranges from affording multiple choices of prevention, such as female and male condoms, pre-exposure prophylaxis, contraceptives, male circumcision and HIV treatment to behavioural interventions, education and elimination of stigma and discrimination at health care settings. In this way, combination prevention becomes accessible, convenient and therefore effective.

More in this category: « Social contracting focus of south-south learning The military man turned community activist »
back to top