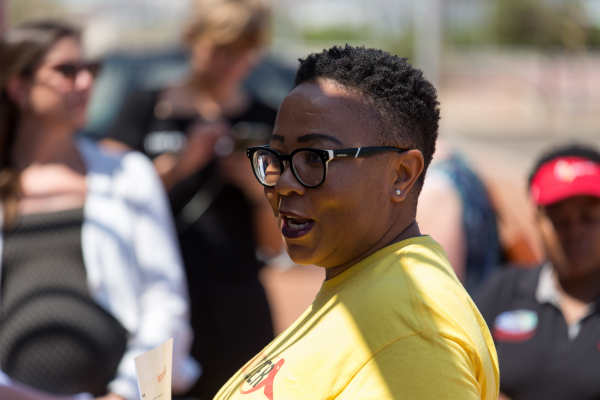 SADC commits to prioritizing the needs of women and girls

To this end, the Southern Africa Development Community (SADC) organized a side event on the implementation of the 2016 Commission on Status of Women 60/2 (CSW 60/2) Resolution on Women, the Girl Child and HIV on the side lines of the ongoing 63rd CSW in New York. This resolution and the 2016 Political Declaration on Ending AIDS demonstrates that strong political will exists to address the causes of high levels of new HIV infections among adolescent girls and young women.

Engaging across sectors, CSW Resolution 60/2 calls on countries to take action to effectively address challenges such as access to education, including comprehensive sexuality education; laws, policies and strategies to prevent and eliminate gender-based violence; promotion of economic opportunities for women and girls; and the engagement of men and boys in the AIDS response.

“As SADC Member States we are committed to accelerate efforts to ensure that all girls and women have access to information and services that will help them to avoid HIV infection,” said Doreen Sioka, Minister of Gender Equality and Child Welfare, Namibia. To this end, SADC has agreed on ambitious HIV prevention targets.

Rouzeh Eghtessadi, from the  Southern Africa HIV and AIDS Information Dissemination Services and Midred Mushunj, from the Sexual and Reproductive Health Rights (SRHR) Africa Trust, addressed the critical issue of integrating SRHR and HIV services. Evidence shows that integration is important not only to an overburdened health system but also for women and girls to access services more efficiently. SADC has developed and endorsed a progressive SRHR strategy with the participation of partners and civil society, including to encourage governments to implement agreements and instruments that they have endorsed.

The event ended with a commitment from SADC to continue building on the momentum created and to develop a comprehensive report on implementation of the CSW 60/2 resolution.

More in this category: « Data surveillance is critical for African states’ health systems Act to change laws that discriminate against people living with HIV »
back to top