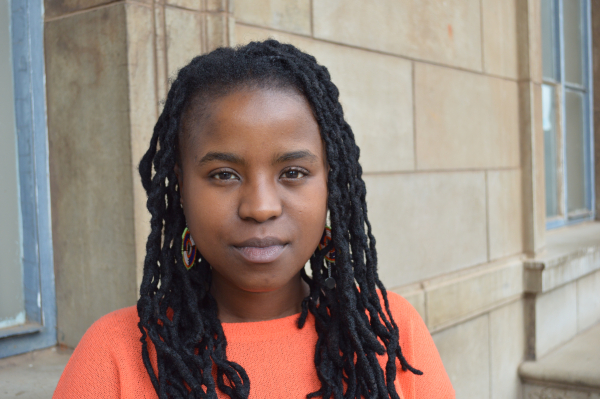 According to young people: six ways to eliminate violence against women and children

There is growing evidence that gender-based violence increases vulnerability to HIV by being a barrier to HIV prevention, treatment and care. Combination HIV prevention efforts—which combine biomedical, behavioural and structural approaches—must include interventions to prevent and address gender-based violence if we are to achieve the goal of Ending AIDS as a public health threat by 2030.

Six young people at the University of Witwatersrand, South Africa, suggest actions that should be taken to eliminate violence against women and children.

2. Pioneer sustained solutions—nurture the men and boys to respect women and girls
“… we need more sustained solutions. Violence against women and children is something we need to address raising our children. It is not enough to empower the girl child. We need to look at how we raise our boy child” said Hlumelo, MA in Arts student.

3. Develop and implement laws and policies that protect women and children against violence, including rape, beatings, torture, verbal abuse, mutilation, trafficking and ‘honour’ killings.
As Takunda, School of Social Sciences student, said, “There is a need for better policing and incident reporting.”

4. Encourage women to break silence and to report incidences.
“I believe one of the reasons women do not report gender-based violence is because a lot of perpetrators are people closer to them; family, boyfriends. We need to remove the stigma about ‘snitching’ on own family when such incidences are reported,” said Tadiwanashe, School of Law student.

Many national governments have committed themselves to eliminating violence against women and children by creating laws and policies and by adhering to international human rights laws. Find out about your rights, click here, to see if your country has committed in order to advocate accordingly.

More in this category: « Botswana’s leadership demonstrates its continued political commitment to get HIV response back on the Fast-Track “Either we pay now, or we pay forever”: Champions for an AIDS-Free Generation convene high-level dialogue on AIDS financing »
back to top