Doing it by the book

There was a baby inside of me. HIV and a baby!
Ncumisa Siqaza

Ncumisa and Lorna are in love. Lorna because she knew her mother’s heartbeat before anything else; and Ncumisa because she knows how hard she’s worked to give Lorna the best possible shot at life.

Ncumisa found out she was HIV positive in 2015 when she went for her first visit to the antenatal clinic. “I knew that HIV wouldn’t beat me, but there was a baby inside of me. HIV and a baby!” Ncumisa says. It was hard for Ncumisa to accept her HIV status because of her anxiety that her baby may be HIV positive too. “I went into shutdown. With each day that passed, I stressed even more. I knew my treatment would protect me and everyone told me that it would protect the baby too, but still, it was hard to understand and accept,” she says. 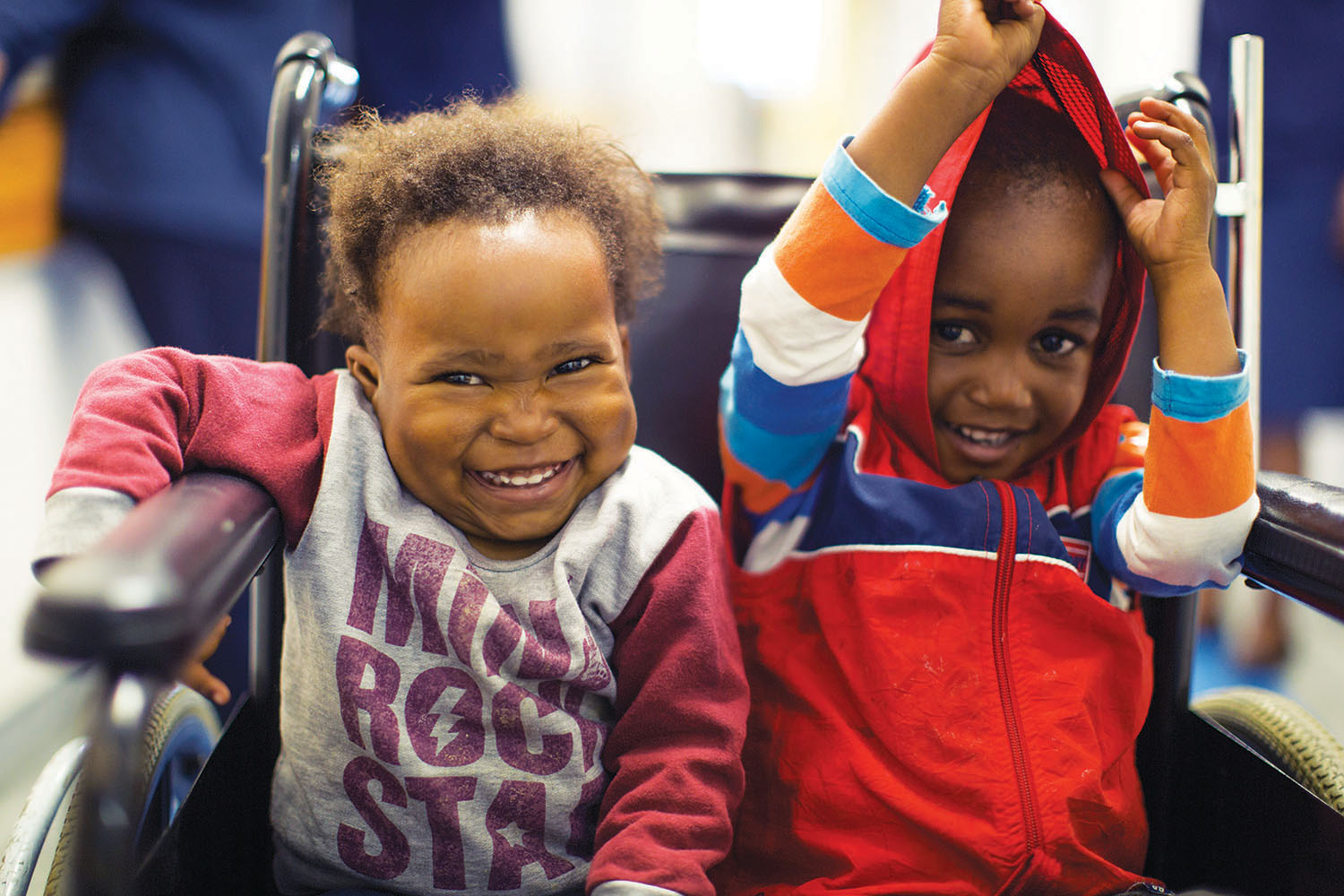 She had an equally hard time telling her family about her HIV status, even though she has an HIV-positive aunt whom the family has embraced. She spent most of her pregnancy in self-imposed exile from her loved ones. Her relationship with her partner deteriorated after she told him about her status. It was all about the baby’s health. “It was not as before,” she says. “It was never ‘What do you want? Where do you want to go?’’’

Despite her difficulties during her pregnancy, Ncumisa was vigilant about taking her treatment and doing everything she had to do to ensure her baby was born free of HIV. When she came across Mothers to Mothers at six months of pregnancy, she was sceptical. “I was still coming to terms with it all. Eventually I opened up. They taught me that you cannot control what others say or do; but you do have control over what you say and do,” she says.

Mothers to Mothers is an international nongovernmental organization that supports PMTCT programmes by providing education and support for pregnant women and new mothers living with HIV.

When Lorna was born HIV negative, Ncumisa felt floods of relief. “But every time her regular tests came up, I’d be a wreck. I would be so stressed,” she says. “When she had flu or coughed, I immediately thought ‘HIV’.” Now that Lorna is 21 months old, Ncumisa’s worries are over. “Now that she’s had all her tests; now that I breastfed for one year and three months and she is still HIV negative, I know this little girl is okay,” she says.

Ncumisa says HIV has changed her. “I am now a young woman who takes responsibility. I am caring. I am beautiful. I listen to others,” she says.

She also told her family she was HIV positive when Lorna was four months old. “I put my bottle of pills behind the TV, where I knew they would see it. I left it there.” Two weeks later, she asked them, “‘Why don’t you ask me about what is behind the TV that I take every night at 8 o’clock?’ That was my way of telling them.” They said, “Why didn’t you tell us earlier so you didn’t have to go through this alone?”

Ncumisa wants to go back to school and she wants to continue to educate people about HIV. There are still struggles. She says adherence to HIV treatment is not easy now that the anxiety about Lorna is over. “When I was pregnant and breastfeeding, I never missed a pill. Even when I was sleeping, I used to wake up to take it. I knew when 8 o’clock was coming,” she says. Now staying focused is harder. But she has support and she is a determined young woman. “Myself, I’m a woman who’s going to say, ‘I’ve beaten HIV.’ With HIV, you can still do anything,” she says.

More in this category: « A million men When war gets in the way of treatment »
back to top