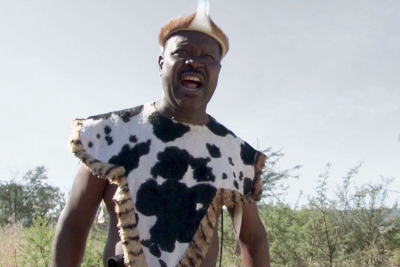 “Art is very important in disseminating information about HIV”

Albert Nyathi is a well-known poet, musician and performer from Zimbabwe. In 2016, he co-wrote Ten Conversations to End AIDS with Daniel Low-Beer from World Health Organization (WHO) on a book of poetry aimed at sparking dialogue and debate on issues related to health and HIV. Recently, he collaborated with UNAIDS to record three poems from this anthology.

“In 2015, I was invited by the National AIDS Council in Zimbabwe to perform at ICASA in Harare. That is where I met Michel Sidibé, the Executive Director of UNAIDS. We met briefly and he told me that he was interested in working closely with me to ensure that we communicate to the rest of the world the messages that were found in the poetry,” says Mr Nyathi.

The poems in the poet’s words

“I wrote the poem ‘Politicians’ with Daniel Low Beer just to be able to address politicians, to ensure that they are accountable. Part of their accountability is to go out into the village, out in the townships and engage with people, not hearsay, but understand what people are going through.”

“I wrote this poem way back when my daughter, who is in her early 30s, when she was about 14 or 15. As a parent I did not know how to react in the sudden change in her, wanting to go shopping, out with friends… The core message in the poem ‘My Daughter’ is basically to create dialogue—dialogue in school, dialogue at home, within the family. Why dialogue? It’s because it’s very difficult for parents, it’s very difficult for fathers in particular, to discuss issues of sexuality with their daughters.”

“The poem ‘My Son’ is a sequel to the poem ‘My Daughter’. In fact ‘My Son’ came as a result of demand from parents who say they too have sons and these sons are going through difficult times. No one tells these young men how to engage in sexuality. They just grow up in the dark. They rely for information from their peers and that can be misleading.”

More in this category: « Caring for health care workers critical to Ending AIDS in Kenya by 2030 A boost for the revitalization of HIV prevention in eastern and southern Africa »
back to top