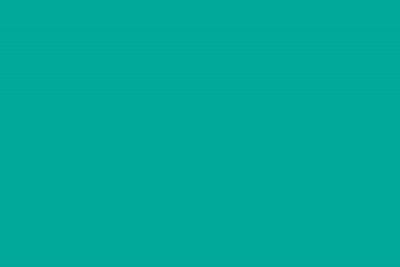 It’s essential we improve our member’s capacity to start programming; push for services for transgender people; do the research; find the money to communicate the research and generate the numbers to influence the donor community to recognise the nuances of the transgender community.
Barbra Wangare Muruga

Barbra Wangare Muruga is the Executive Director of the East Africa Trans Health & Advocacy Network (EATHAN), based in Nairobi, Kenya. The organization was formed 18 months ago to give a voice to East African transgender, intersex and gender non-conforming people and organizations across the sub-region.

Barbra admits it is no easy task. “It was clear that it was necessary—to come together as a community to address our needs,” she says. “You can’t have people coming from somewhere else. Change must come from the community itself.”
One of the major challenges to the transgender movement is attracting donors, says Barbara, not only in East Africa, but across the world. In a highly competitive key populations donor space—one that includes sex workers, gay men and other men who have sex with men and people who inject drugs—Barbra says trans people are forgotten in the key populations approach. “We are often an add-on. We are left with piecemeal funding,” she says.

In HIV programming, transgender people are often put in the same category as sex workers or gay men and men who have sex with men. This has an impact on a range of issues, including transgender people’s access to health and HIV services. “Transgender organizations need to develop programmes that are real and fundable, that will affect change and are community-led,” says Barbra.

Although the transgender community represents relatively small numbers in East Africa, new HIV infections among the population are much higher than the general population, which is why Barbra believes funding for health and HIV for transgender programmes is a worthwhile investment. “However, it’s a catch-22 situation: there isn’t enough money for documentation and evidence and without evidence and the numbers it is very difficult to attract funding,” she says.

“It’s essential to improve our member’s capacity to start programming, push for services for transgender people, do the research, find the money to communicate the research and generate the numbers to influence the donor community to recognise the nuances of the transgender community,” she says.

What is clear to Barbra is the principle that advocacy, policy and programmes must be community led. “Each country in East Africa has a different environment. What works in Kenya does not necessarily work in Tanzania,” she says. “So how we work reflects the community we serve. We want to build competent and healthy leaders that have an understanding of the feminist approach, patriarchy, oppression and power and how these all affect our ways of being and working,” she says.

Barbra is on a mission. “We have so much to do. We just need the money to do it,” she says.

More in this category: Judgement-free services for the sex workers of Hillbrow, Johannesburg »
back to top