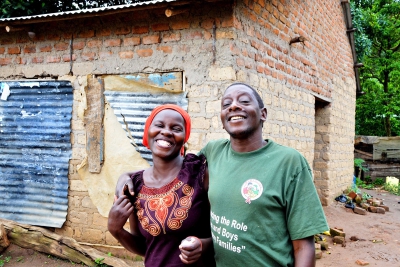 The formula for a happy family

You can be in a happy family. I like my family. They are my future.
Fred Mutyaba

Kasenyi Landing Site lies on a peninsula on a shallow continental shelf that reaches out from the northern shore of Lake Victoria. Its wide beach is an ideal spot for the many commercial and subsistence fishing boats that frequent these waters to land and sell their catch. In the distance, Entebbe—the seat of Uganda’s power—rises across the bay.

Most of the people who live here are fisherfolk families, but Kasenyi, and the bustling informal settlement that has sprung up around it, hold the promise of a living for many others: informal traders, boda boda (motorcycle taxi) drivers, sex workers and nightclub owners are also part of Kasenyi’s diverse population.

Many of the residents live a mobile existence and access to services like HIV testing, treatment and prevention and other SRH services can be difficult. When people move for work, or stay away from home for long periods of time, adherence to treatment is less likely. They are faced with new and different circumstances and may not be able to access health-care facilities. 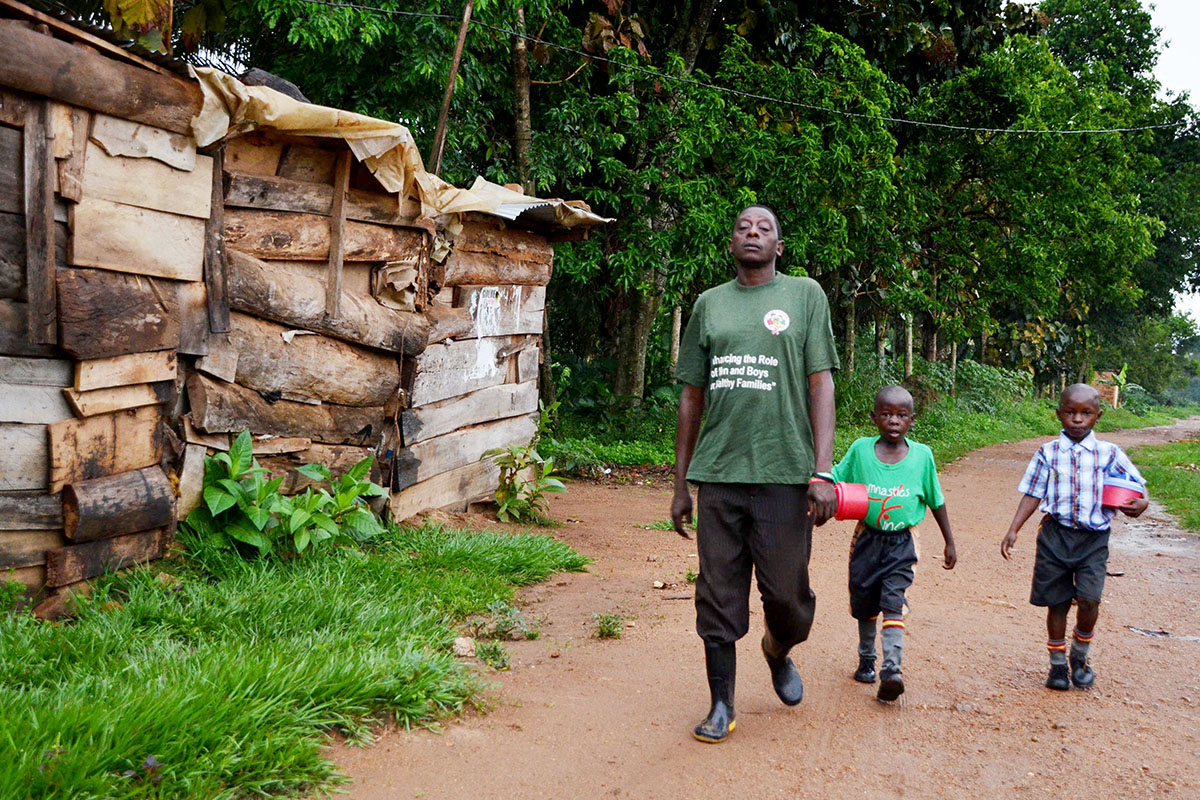 Fred Mutyaba makes a living on Kasenyi Landing Site by selling solar panels to its residents. He lives with his wife, Mariam, and four children: Julius (6), Jonathan (5), Jennifer (15 months) and Fred’s older son by another partnership. Mariam is living with HIV. Fred and the children are HIV negative.

Mariam found out she was HIV positive when she was pregnant with Julius. Fred said he was shocked, “I said, ‘These people are mistaken, if I am negative you cannot be positive’.” Mariam remembers being devastated by the results of the test, coming home and getting into bed in the middle of the afternoon, convinced that when she woke Fred would be gone. But he wasn’t. They decided the test must be wrong.

They went for several follow-up tests and each time concluded that the results were a mistake, until Mariam was pregnant with Jonathan and had a test as part of her antenatal care. The results were still the same. This time they had to accept Mariam’s positive status and that HIV treatment was the best way to deal with it. “When I was counselled they asked me if I was ready to take the antiretroviral medicines and I said I was,” says Mariam.

Fred says he and Mariam have found ways to deal with living with their different HIV statuses. Fred has educated himself and is now a male champion for the Mama’s Club, an organization in Uganda that supports women living with HIV and their partners. “If you find out that your wife is infected and you are not or the man is infected and you are not, it is not the end of your marriage,” says Fred. “You can be in a happy family. I like my family. They are my future.”

For Mariam, testing and treatment for HIV mean that she has achieved viral suppression and has confidence in her health. She hopes that speaking out about her HIV status will help other women in the same position. “Do not be afraid to go for an HIV test and know your status. I am taking my antiretroviral medicines, I have three HIV-negative children and I am very well,” she says.

More in this category: « Reaching men where they are From torturer to saviour »
back to top