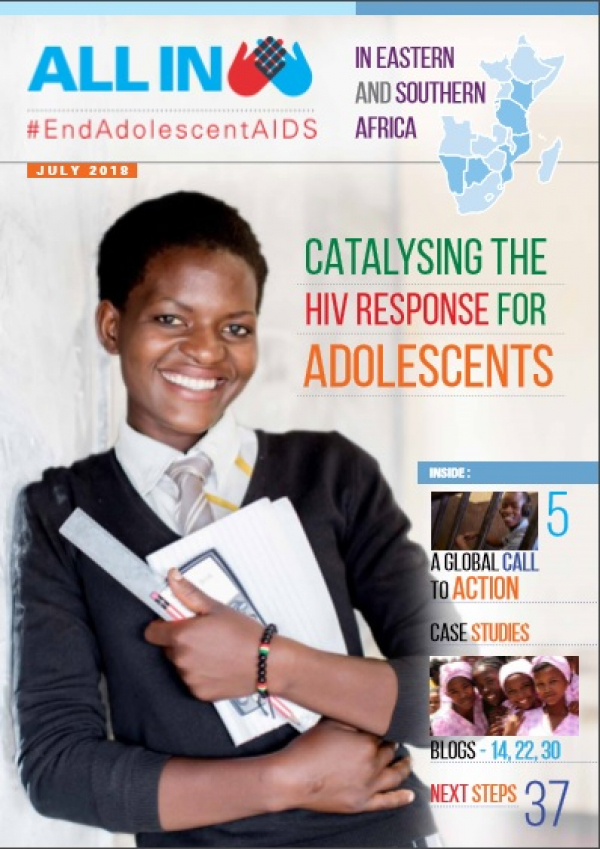 The Eastern and Southern Africa Region (ESAR) is home to approximately 60 per cent of the world’s adolescents aged 10-19 years who are living with HIV. Nearly half of the 254,000 new HIV infections among adolescents globally in 2016 occurred in the region. Yet, only a few short years ago, adolescents were barely visible in the global HIV response. So, when data became available in 2014 showing that HIV-related health outcomes had improved for other age groups but had worsened for adolescents, we knew it was time to act. Building on the collaborative effort that resulted in tremendous progress in scaling up lifesaving anti-retroviral treatment and preventing mother-to-child transmission of HIV in ESAR, UNAIDS and UNICEF launched a campaign titled All In to End Adolescent AIDS (All In) in 2015 in Nairobi, Kenya. The aim was to inspire governments and partners to collaborate across sectors and accelerate the HIV response for adolescents by reducing AIDS-related deaths and new HIV infections among 10-19 year olds.