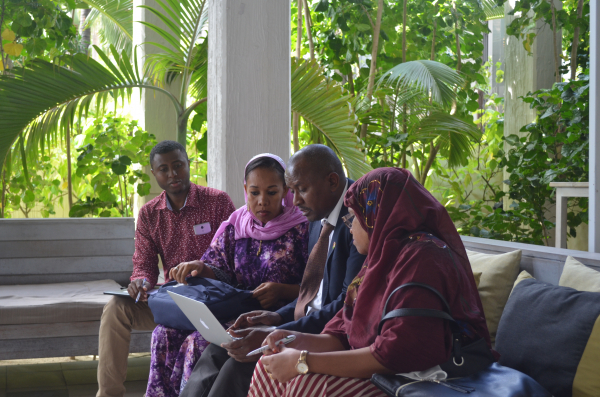 SADC and IOC support the AIDS response in Comoros, Madagascar, Mauritius and Seychelles

Since the beginning of the global AIDS response, efforts towards ending AIDS have evolved according to new information, evidence and data. The AIDS epidemic has evolved differently in different parts of the world, making a “know your epidemic, know your response” approach critical.

Comoros, Madagascar, Mauritius and Seychelles, member states of the Indian Ocean Commission (IOC), are characterized by a relatively low number of people living with HIV.  Despite the islands’ proximity to other countries in the ESA region, this tends to mask their different epidemic situations and responses.

In some countries of the IOC, there has been a trajectory of increasing new HIV infections. For example, in Madagascar there has been an estimated 211% increase in new HIV infections since 2010. Additionally, the epidemic in IOC countries is more concentrated among key populations, that is, people who inject drugs, sex workers, transgender people, men who have sex with men and prisoners as compared to rest of countries in the ESA.

In 2018, Southern Africa Development Community (SADC) Ministers of Health, in their annual meeting in Windhoek, instructed the SADC Secretariat to work with United Nations (UN) agencies and member states to take steps to build the capacity of IOC countries, which are lagging behind in the response.

It is against this background that the SADC Secretariat and IOC Secretariat, supported by UNAIDS, UNFPA, UNDP and UNODC, held workshops in order to accelerate the Fast-Track targets in IOC countries in Mauritius from 20 to 23 August 2019.

“The epidemic in SADC Indian Ocean Island States shows increasing HIV infections, contrary to countries on the mainland. The Island States should not be left behind,” said Alphonse Mulumba of the SADC Secretariat.

The lack of data on HIV remains the main gap in the IOC countries’ AIDS response. “Without reliable data we cannot have an effective response; we need to know the epidemic in order to also know what our response is,” said Jude Padayachy, UNAIDS Country Director for Madagascar.

The first two days of the workshops were devoted to understanding of the AIDS epidemic and building capacity of staff at National AIDS Councils (NACs) to analyse programme data and triangulate data from different sources to better understand the epidemic.

More in this category: « National Human Rights Institutions to promote right to health and leaving no one behind Health Situation Room changes landscape of data surveillance in eastern and southern Africa »
back to top