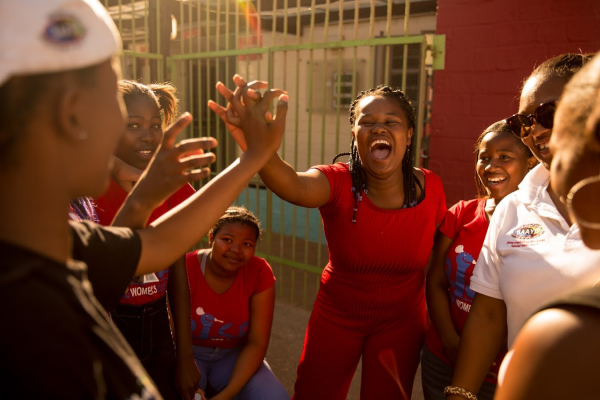 Recent evidence shows that robust efforts toward ending AIDS are needed in order to address the gaps in the HIV response. There is a growing consensus that adolescents need tailored and targeted interventions that will ensure HIV services reach them, especially in the Eastern and Southern African (ESA) region.

“2.6 young people aged 15–24 are living with HIV in the ESA region. Knowledge levels of HIV and sexual and reproductive health among young people are below 40%, resulting in high teenage pregnancy rates; by age 17, at least one in five adolescent girls have started childbearing in six of the 20 ESA countries. The region alone counts for the 50% increase in deaths globally among adolescents living with HIV, with girls being disproportionately affected,” says Catherine Sozi, Director for the UNAIDS Regional Support Team for Eastern and Southern Africa.

These alarming figures call for urgent action to improve young people’s access to health information and services. It is for these reasons that in 2013, 20 countries in the ESA region endorsed the ESA Ministerial Commitment on Comprehensive Sexuality Education (CSE) and Sexual and Reproductive health (SRH) services for young people aged 10–24.

During the third transnational Learning Conference on ESA Commitment implementation from 22–23 January 2019 in Pretoria, South Africa, organised by Deutsche Gesellschaft für Internationale Zusammenarbeit (GIZ), participants from  Mozambique, Namibia, South Africa and Zambia, who are at the forefront of ESA implementation presented achievements, challenges and opportunities that they have encountered in the past five years.

It was reported that significant progress has been achieved by most countries in developing political and policy support for CSE, integrating sexuality education into school curricula, building the capacity of teachers and educators and working with non-governmental and civil society organisations, including youth networks, to reach out-of-school adolescents and young people with appropriate HIV and sexuality education.

“Namibia is now offering lifeskills-based HIV and sexuality education to 100% of junior schools,” says Julius Nghifikwa, from Ministry of Education, Arts and Culture in Namibia.

However, the journey still continues toward the realisation of the five ESA commitment targets for 2020, which include; to consolidate recent hard won gains in the reduction of HIV prevalence in ESA and to push towards eliminating all new HIV infections among adolescents and young people aged 10–24; increase to 95% the number of adolescent and young people aged 10–24 who demonstrate comprehensive HIV prevention knowledge levels; reduce early and unintended pregnancies among young people by 75%; and eliminate gender-based violence; and eliminate child marriage.

“Education matters for HIV prevention,” remarked Ms Sozi during the meeting. “It is the most powerful way of improving people’s health.”

More in this category: How often do you use condoms? Here’s why it should be every time. »
back to top