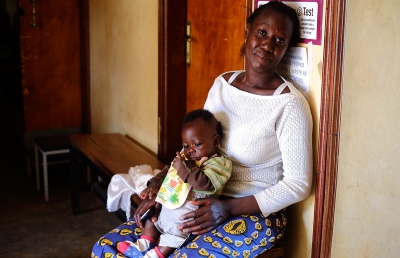 Led by the Joint United Nations Programme on HIV/AIDS (UNAIDS) and the U.S. President’s Emergency Plan for AIDS Relief (PEPFAR), Start Free, Stay Free, AIDS Free brings together a coalition of partners to build on the tremendous progress achieved under the Global Plan towards the elimination of new HIV infections among children by 2015 and keeping their mothers alive. Start Free, Stay Free, AIDS Free provides a roadmap for the urgent work ahead, elevating and amplifying key initiatives that are already accelerating progress for children, adolescents and young women.

Zimbabwe has made significant progress in reducing mother-to-child transmission of HIV at six weeks, from 13% in 2009 to 4% in 2015. While the number of women aged 15–49 acquiring HIV decreased by 17% since 2009, more than half of the total estimated 64 000 new HIV infections in 2015 were among adolescent girls and young women.

Following the country launch, stakeholders continued onto a two-day National Symposium on Pediatric and Adolescent Treatment. The symposium was attended by more than 250 implementers from the provinces, districts and civil society, including people living with HIV, faith-based organizations, UNAIDS and Co-sponsors, PEPFAR, Global Fund principal recipients and development partners to discuss accelerated action to reach the targets of the “Three Frees” frame work.

The launch was held in Dzivarasekwa, one of the largest suburbs outside of Harare, and was attended by the Minister of Heath and Child Care, David Parirenyatwa, Minister of State for Provincial Affairs, Miriam Chikukwa and Child President, Tinaye Mbavari.

“An AIDS-free generation is possible in Zimbabwe and that is why we have launched the transformative superfast-track framework to end AIDS in children, adolescents and young women. We are telling the world that despite the challenges we are faced with in Zimbabwe, we are ready to continue our response to eliminate HIV completely.”
David Parirenyatwa, Minister of Heath and Child Care, Zimbabwe

“It is no longer acceptable to have a child born with HIV, for any adolescent born with HIV not to receive treatment and for any HIV-positive pregnant woman not to be on treatment.”
Miriam Chikukwa, Minister of State for Provincial Affairs, Zimbabwe

“I’m a young girl who cannot afford to buy food for my family. I cannot afford new shoes to go school. But there is a man older than me who can give me these things and that exposes me to continued abuse.”
Tinaye Mbavari, Child President, Zimbabwe

More in this category: « Uganda highlights importance of male engagement in Ending the AIDS epidemic Engaging men in the AIDS response »
back to top