The impact of COVID-19 on social justice, human rights, and gender-based violence in the SADC region: lessons from the HIV response 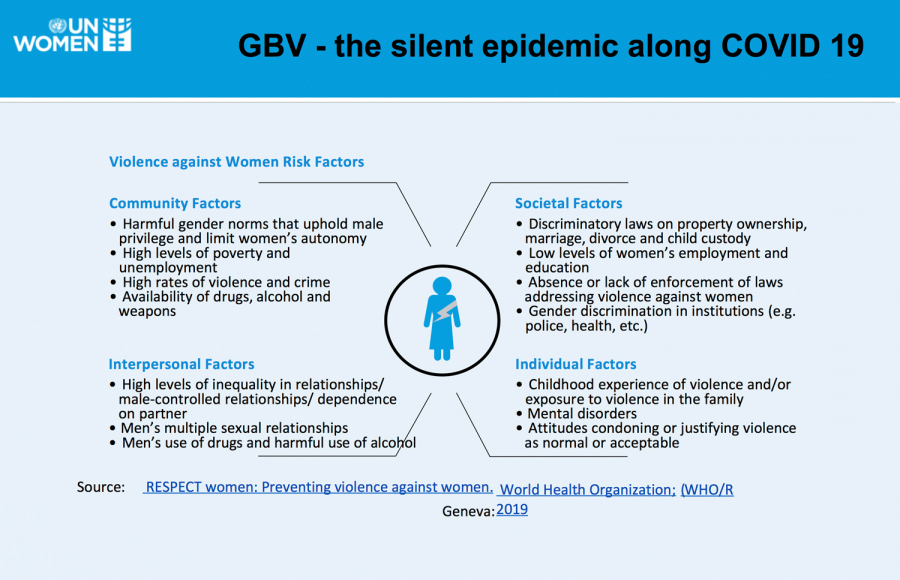 As the world scales up public health responses to the COVID-19 pandemic, countries are being urged to take decisive action to control the epidemic with containment and service provision as central pillars.

However, as in all acute epidemics, especially where person-to-person transmission occurs, there is a need to ensure that the response is grounded firmly in human rights and that the vulnerability of certain groups is not exacerbated, including women and girls.

The UNAIDS Regional Support Team for Eastern and Southern Africa recently co-hosted a high-level webinar with the Southern African Development Lawyers’ Association (SADC-LA) to discuss the challenges being faced in the region due to the COVID-19 pandemic and its implications on social justice, human rights and gender-based violence.

“A primary lesson from the HIV response is that restrictive, stigmatizing and punitive measures can lead to significant human rights abuses. These come with disproportionate effects on already vulnerable communities, including key populations”, said Aeneas Chuma, interm Director of the UNAIDS Regional Support Team for Eastern and Southern Africa, in his opening remarks.

Mr Chuma recommended an approach that moves away from compulsory restrictions towards a focus on reaching and serving those who are most vulnerable, empowering people with knowledge and tools to protect themselves and others, and the removal of barriers, which mirrors learnings from the HIV response.

Across the region governments have declared states of emergencies and enforced restrictions to tackle the COVID-19 pandemic. In many instances this has been followed by reports on increased violations of human rights and police brutality.

“We need vigilance in ensuring that the restrictions of human rights in the quest of saving lives does not become an incentive to undermine the rule of law and increase in violence. We need to pursue advocacy with respect to the vulnerability of women, LGBTQI people and sex workers during this period”, said Maxwell Xolani Boqwana, President SADC-LA.

One of the main aims of the webinar was to provide practical and substantive guidance to policy makers and executives on the best ways to preserve human rights and the rule of law in the wake of COVID-19.

In her remarks, Yvonne Dausab, Minister of Justice Namibia, cited examples on how this has been tackled in Namibia.

“In Namibia, the state of emergency is provided for by the Supreme Court under the Constitution which was further approved by the National Assembly. An additional safeguard is the fact that the various agencies and ministries had to provide directives on how to manage the state of emergency. There is a standing weekly session with law enforcement where the Attorney General and I are invited to provide updates and receive feedback on areas where they are acting in a manner that is not in accordance with our constitution,” she said.

With the spread of COVID-19, cases of gender-based violence (GBV) have increased substantially, especially in the eastern and southern Africa region where such violence is already widespread.

“In times of crises the gap between rich and poor increases, women are at the core of any negative impact. Most gender-based violence happens at home, meaning that women are locked down with abusers in a way that threaten their lives. As parliamentarians we have the mandate to make legislation and hold governments accountable to adopt measures on prevention and support, said Sylvia Mthethwa, Senator of Eswatini and Member of the Pan-African Parliament.

Some measures that have been put in place to protect women and children from violence include government hotlines, support to shelters (Zambia), free 24-hour emergency medical services (Kenya), and mobile GBV clinics (Mozambique).

“Malawi faces similar challenges to many other African countries. How are we supposed to carry out lockdown and practice social distancing in a context where people are living on top of the other and lack the preventative measures to spread this pandemic? We see worrying parallels with the HIV epidemic, including stigma and lack of access to information and the intersectional vulnerabilities of those that are already vulnerable such as women and girls. The prices for transport have doubled which especially affect women domestic workers and girl’s access to education,” said Sarai Chisala Tempelhof, Executive Director of the Gender Justice Unit in Malawi.

Plans were made for the platform to reconvene with engagement from more stakeholders to continue sharing information on shaping the COVID-19 response, taking into consideration its implications on human rights, social justice and GBV.

“This is a new normal and it is not going to go away, we have to embrace change and bring on innovation. We need to look at how to scale up good practices. We have to integrate the COVID-19 response with existing work on tackling HIV and GBV,” said Alti Zwandor, UNAIDS Country Director in Namibia.

More in this category: « “I also need to be happy”: Anna Morena’s story International Youth Day 2020: Engagement with Parliaments to respond to young people's SRHR in times of COVID-19 »
back to top