Talking about a revolution 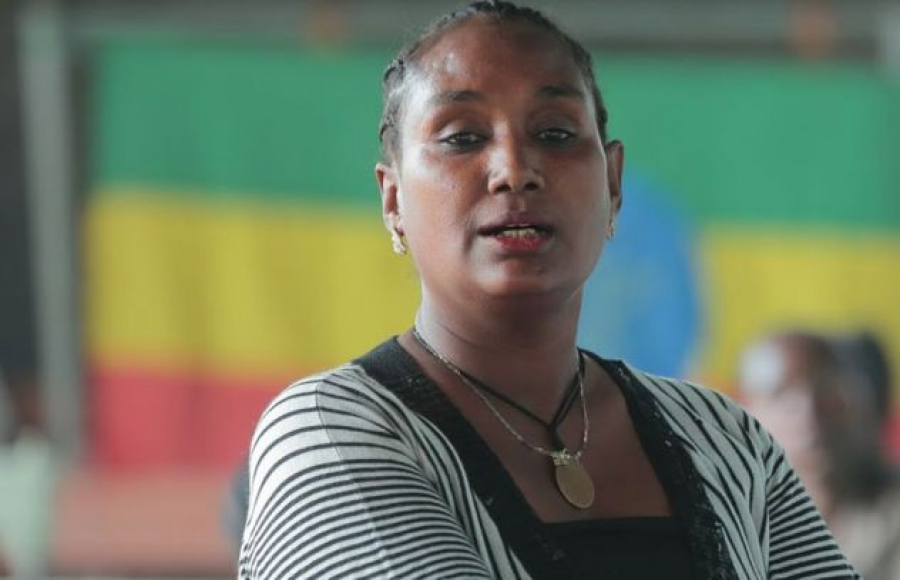 It is no surprise that Birknesh Teferi’s first name means “revolution” in Amharic, the language spoken in Ethiopia. She exudes passion and self-pride; she’s the picture of health and well-being.

Her journey to this point in her life is indeed revolutionary—a story of resilience, hope and transformation. She has beaten tuberculosis (TB), survived cervical cancer and is living positively with HIV.

Ms Teferi was diagnosed with HIV and TB in 2003, a time when information about HIV, TB and sexual and reproductive health in Ethiopia was scarce and stigma and discrimination high.

According to the World Health Organization (WHO), Ethiopia is one of the 48 high-burden TB countries globally. In 2018 in the country, 165 000 people fell ill with TB and there were 27 000 deaths; 2200 of which were among people living with HIV.

After waiting 15 days for her test results, while the health-care worker went on leave, Ms Teferi was told that she was “positive”.

“I thought it was good news. I hugged the nurse in relief, only for her to tell me that being HIV-positive meant I had the virus,” she said.

Ms Teferi successfully underwent the WHO recommended treatment for TB—directly observed treatment short-course (DOTS)—which cured the TB but did not help her with her struggle to accept her HIV status.

“What followed was a period of hurt and heartbreak … Waiting for death,” she recalled of the aftermath of her diagnosis.

She describes herself then as a “drifter.” She did not disclose her HIV status because of stigma and worked as a sex worker to make ends meet.

“If a client had a condom, we would use it. If he didn’t, we didn’t. I tried to use them, but I had no money to buy them. That’s how I developed a sexually transmitted infection.”

During the treatment of the infection, Ms Teferi was diagnosed with cervical cancer and was referred from one health facility to the next, often in different towns.

She eventually found a “caring” doctor and had an operation to treat the cancer. “I was in so much pain, I couldn’t sit. I was miserable,” she remembers.

But when Ms Teferi started to take HIV treatment in 2008, her life slowly changed. She started to look after herself more. She insisted on condom use with her clients.

“I am now free of drifting. Life is so much better. If people feel that it is possible to live, possible to work, then life can change,” she said.

For the first eight months of her time at the centre, the manager assigned her a volunteer to help her with her physical recovery from her operation. For the first time, she had support from other women who understood what it was like to be her.

The women at the centre invited her to watch a film about living positively with HIV. “That movie gave me hope,” she says. “I started to learn more about HIV from my manager. I gradually got relief, better medical services and Tilla supported me financially and emotionally.”

While Ms Teferi is on HIV treatment and has been cured of TB, there are millions of people worldwide who still lack access to prevention and treatment for both conditions. TB is the leading cause of death among people living with HIV globally.

In 2018, there were an estimated 1.2 million TB deaths, 251 000 of which were among people living with HIV—this is a 60% reduction from 620 000 in 2000. Between 2000 and 2018, TB treatment alone averted an estimated 48 million deaths among HIV-negative people and TB treatment supported by antiretroviral therapy averted an additional 10 million deaths. However, progress is slow and needs to be accelerated in order to end TB by 2030 as part of the Sustainable Development Goals.

“TB is curable and preventable,” said Aeneas Chuma, the Director for the UNAIDS Regional Support Team for Eastern and Southern Africa, a.i. “It is critical in this moment of history, in the context of the global COVID-19 pandemic, that we ensure that people living with HIV who are diagnosed with TB have uninterrupted access to HIV and TB treatment. UNAIDS is working with governments and community partners to ensure that we adapt to a rapidly changing health context, with kindness, compassion and humanity.”

More in this category: « Living with HIV under lockdown “I also need to be happy”: Anna Morena’s story »
back to top