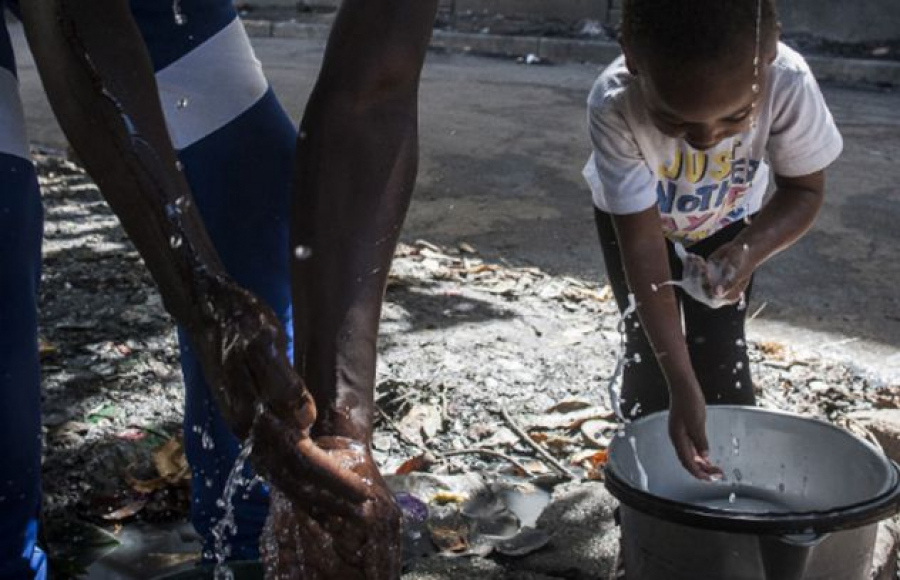 The United Nations agencies in South Africa have launched a joint flash appeal to support 9.9 million people to cope with the COVID-19 response.

The United Nations Country Team in South Africa, under the leadership of the Resident Coordinator, was joined for the launch of the appeal on 30 April by government ministers and others.

The Emergency Appeal on the Impact of COVID-19 in South Africa calls for US$ 136 million to support government efforts to reach vulnerable and marginalized communities to address the impact of COVID-19. It aims to raise funds for health, including HIV/tuberculosis, food security and nutrition, gender-based violence protection and response, education, water and sanitation, coordination and governance.

The United Nations Resident Coordinator, Nardos Bekele-Thomas, said, “Helping South Africa especially at this time makes development sense and it also makes business sense. We focus on the most vulnerable groups. They have potential to be producers and, with disposable income, they will become consumers, investors and productive assets for the economy,” she said.

The Minister of Health, Zwele Mkhize, welcomed the United Nations plan, which will complement national efforts and focus on the needs of vulnerable communities, including people living with HIV and tuberculosis, migrants and refugees, vulnerable women and children, key populations and millions affected by poverty, unemployment and the impact of national restrictions on trade and movement since 26 March. “We have various issues of inequality, unemployment, poverty and densely populated areas and chronic overcrowding in our metros, which are the most affected by COVID-19. We have already started to see local transmissions in these areas, which has given us cause for concern,” he said.

Mr Mkhize said the appeal would also help to ensure that the AIDS response continues unabated, including scaling up testing and treatment for people living with HIV. “We had already started a programme to achieve our 90–90–90 goals in 14 of the 52 districts and we cannot allow this pandemic to disrupt all these efforts and the successes and achievements we have already scored,” he said. “We appreciate the focus on people living with HIV, given the burden of disease.”

The Minister of Health told the launch that it was important to work with communities, civil society and other stakeholders already in place. The COVID-19 response would strengthen South Africa’s resolve to achieve universal health coverage, he said.

More in this category: « United Nations agencies coordinate their COVID-19 response in South Africa Building peace through sustainable initiatives »
back to top