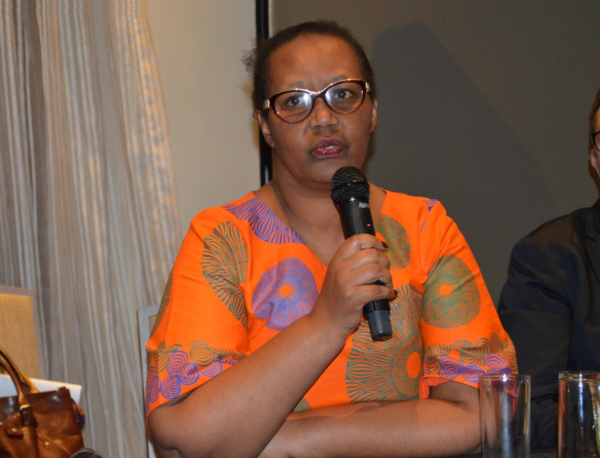 Bringing men on board for an effective AIDS response

Research shows that men and boys are underrepresented in HIV services uptake, while they are overrepresented in AIDS-related deaths. It is widely accepted that the global Fast-Track targets for Ending the AIDS epidemic by 2030 as part of the Sustainable Development Goals will not be achieved unless men engage actively in the HIV response.

As compared to women, evidence shows that men are less likely to get tested, access HIV treatment and to achieve viral load suppression. In eastern and southern Africa (ESA), men (15+) account for 39% of people living with HIV and 48% of new infections were among men in 2017. However, of all the adults (15+) that are on HIV treatment, only 34% are men. In 2017 170 000 men accounted for AIDS-related deaths, 10 000 more men than women who accounted for 160 000 deaths.

These figures are an indication of poor access and uptake of HIV services for men and young boys and they make a case for the urgent acceleration of men’ access to HIV services and treatment uptake.

To explore this issue more closely and to develop a strategy to address it, participants from across the region, including from national governments, civil society organisations, development partners and researchers came together in Johannesburg, South Africa, from 22 to 24 May 2019 to define male engagement in the AIDS response.

“This conversation is overdue. We are only left with 500 days to meet the UNAIDS 2020 targets. We call for attention to focus on men and boys that are not reached by HIV and health services. We must identify who they are, where they are, and reach them with the services,” said Catherine Sozi, Director for the UNAIDS Regional Support Team for ESA on the first day of the meeting.

The meeting, which was hosted by UNAIDS, in collaboration with UN Women, Sonke Gender Justice, and Promundo, evoked a sense urgency for all involved to accelerate AIDS response efforts in order to meet the UNAIDS 90–90–90 treatment targets.

“With the current response, we are not on track to meet 2020 targets as a region. We need to accelerate the efforts to engage men in order to fast-track our targets,” said Sozi

Participants at the meeting highlighted the reasons why men need to be engaged sufficiently in AIDS response, stating that men are active participants in the transmission of the disease, as such, putting a focus on the benefits women and girls as well. “We cannot eradicate and deal with HIV epidemic for women without addressing men,” said Jacqueline Nzisabira from UN Women.

During the meeting, participants added nuance to issues such as transforming harmful gender and social norms that drive poor health outcomes for both men and women. They agreed that addressing these issues must be coupled with enough drive for demand and supply of the HIV services for men. On the last day of the meeting, countries developed frameworks on how to accelerate men’s HIV service u

More in this category: « Request for Quotation: Consultancy in Communications and Social Media African Union and UNAIDS call for recommitment to HIV prevention in Africa »
back to top