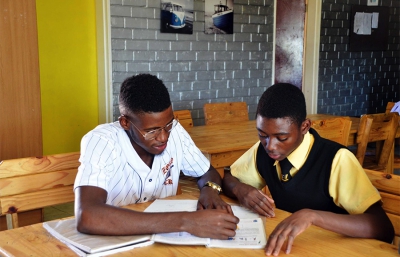 Engaging men in the AIDS response

The eastern and southern African region has made great strides in the AIDS response. More than ten million people in the region are on life-saving antiretroviral treatment, comprising two-thirds of the global total of 17 million. There were 960 000 new HIV infections in 2015, a 13% reduction since 2010. Nevertheless, rates of new HIV infections remain high, especially among adolescent girls and young women, their partners, and key populations, including sex workers, transgender people, men who have sex with men and people who inject drugs.

Research by UNAIDS shows that generally males access HIV testing, prevention and treatment services later than females. They are often diagnosed at a later stage and have worse health outcomes (particularly young men) compared to their female counterparts. Thus, strategies to engage men in HIV prevention and sexual and reproductive health are critical.

This was the focus of a Mail & Guardian and UNAIDS Critical Thinking Forum held in Johannesburg, South Africa, to mark World AIDS Day 2016. Participants at the meeting agreed that addressing HIV in men and boys is critical not just for their own sake, but also to reduce the vulnerability of women and girls. Reducing female vulnerability also benefits men and boys.

Evidence suggests that men should be engaged at three levels: as clients of health services for their own health and the health of their partners; as partners and parents; and as change agents for more equitable gender relations, roles and rights, health and well-being.

Going forward, UNAIDS Regional Support Team in Eastern and Southern Africa will be exploring a campaign targeted at men and boys along these three areas of engagement.

“More than 30 years into the AIDS epidemic, the world is committed to one principle —that no one is left behind,”
Pierre Somse, Deputy Director, UNAIDS Regional Support Team for Eastern and Southern Africa

“There is nothing wrong with a feminised health service — it should be feminised — but the system does need to adapt for men and boys, [though] not necessarily [by having] different clinics. However, the hard part is changing attitudes”
Fareed Abdullah, CEO, South African National AIDS Council

“If gender and sex are thought to be fundamental aspects of how we order our world and lead our lives, they must be part of a process of change.”
Christopher Colvin, Head, Division of Social and Behavioural Sciences, Public Health, University of Cape Town

More in this category: « Zimbabwe launches the Start Free, Stay Free and AIDS Free framework Tanzania supports the release of zero draft 2016 Political Declaration ahead of High-Level Meeting on Ending AIDS »
back to top